Namibian President Hage Geingob has said he will push forward with expropriating land and redistributing it to the majority black population in the country. "Many Namibians were driven off their productive land," said Geingob as he opened a national land policy conference in Windhoek. During his speech, he pointed to similar proposals made by South Africa's government. 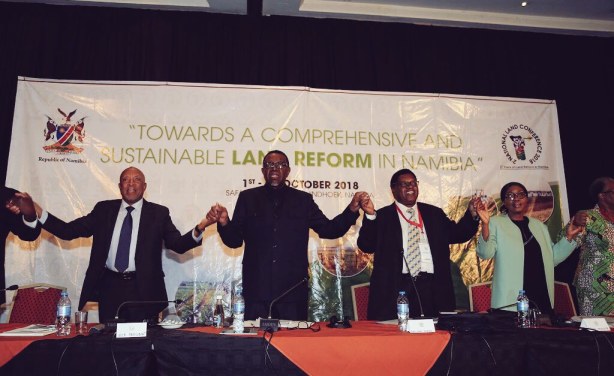 The opening of the conference on land in Windhoek.

Namibia's Economy Can't Grow In the Dark - Turn the Lights On!

Meet The First Woman to Ever Lead A Namibian Political Party

Over 200 Schools Have no Toilets in Namibia