Asser Katjinaani, who has been applying for resettlement for 15 years, wants to sue the government for leasing four farms to a Russian billionaire. This comes after Prime Minister Saara Kuugongelwa-Amadhila said the government is ready to defend its decision. The four farms were paid for by Rashid Sardarov and registered as state property by the land reform ministry. 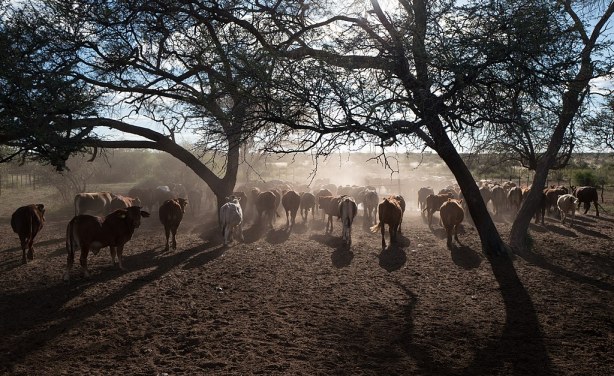 A typical cattle farm near Gobabis.

Namibia's Economy Can't Grow In the Dark - Turn the Lights On!