Barely three months after polls, President Emmerson Mnangagwa's administration is facing a huge crisis caused by an imploding economy. The meltdown has led to finger-pointing, with businessman Kudakwashe Tagwirei coming under scrutiny for his octopus-like grip on the fuel industry. Now a fierce war is brewing behind the scenes, with Tagwirei driving a wedge between Mnangagwa and some of his allies over the tycoon's unsettling influence. 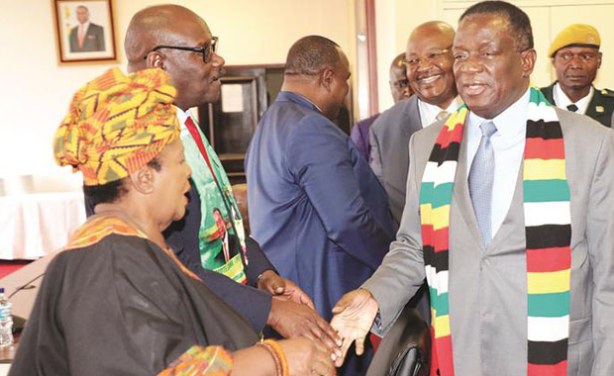 President Emmerson Mnangagwa greets David Parirenyatwa and Cleveria Chizema on arrival at a Politburo meeting in Harare on October 25, 2018.

How Ready is Ethiopia for June 2021 Polls?
Transport