Music fans will be in for a treat when celebrated award-winning South African rapper Cassper Nyovest and house music DJ Prince Kaybee share the stage at the RSVP concert set for November 10 at Glamis Arena in Harare. The show was initially billed for September but got cancelled due to a cholera outbreak. 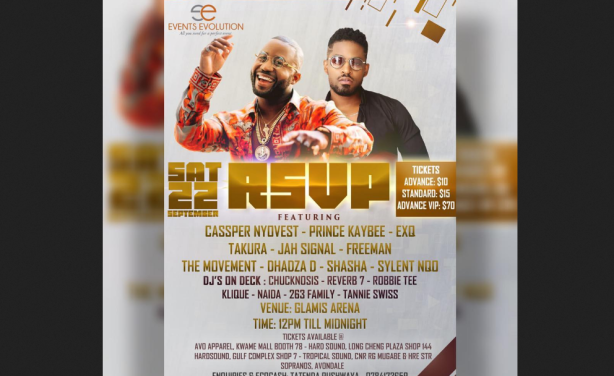