MDC Alliance leader Nelson Chamisa has apologised after he described protests in Harare on August 1 as "stupid". Chamisa made the remarks at a press briefing in Harare, where he also revealed he has been summoned to appear before the ongoing Commission of Inquiry into the post-election violence. Six unarmed civilians shot were dead in the protests. 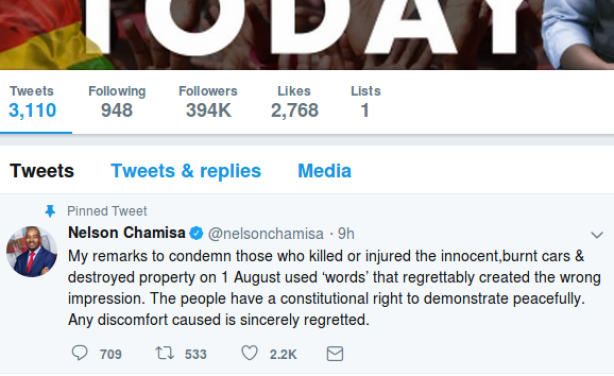