The head of the Independent National Election Commission Corneille Nangaa has said that the fire broke out around 2am in a building where election materials were being kept. 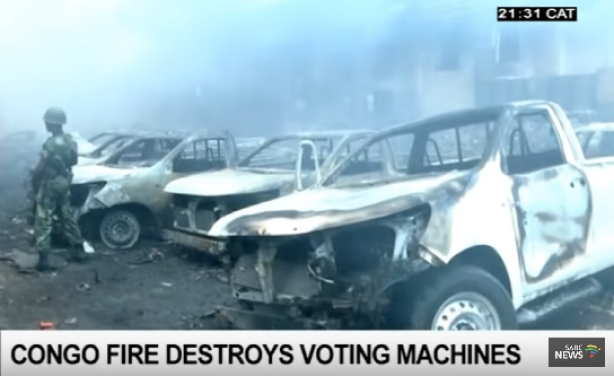 A major fire destroyed an election warehouse in Kinshasa.