Biologists are investigating the deaths of at least 200 penguins found washed up on Halifax Island beach close to Lüderitz, a coastal town in southwestern Namibia. The African penguin, also known as the jackass penguin, is an endangered species in Namibia and South Africa. 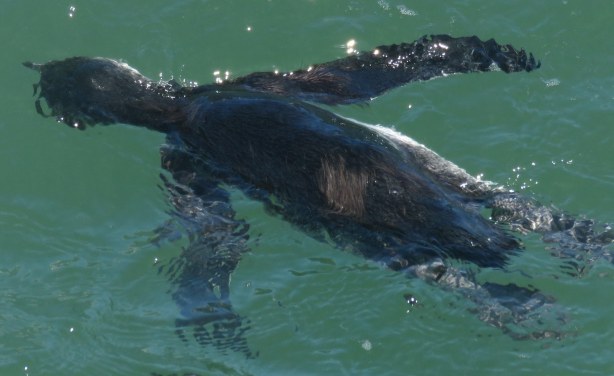 Many dead penguins are washed out to sea by strong winds and spring tides. Some are seen floating at sea by tour operators. 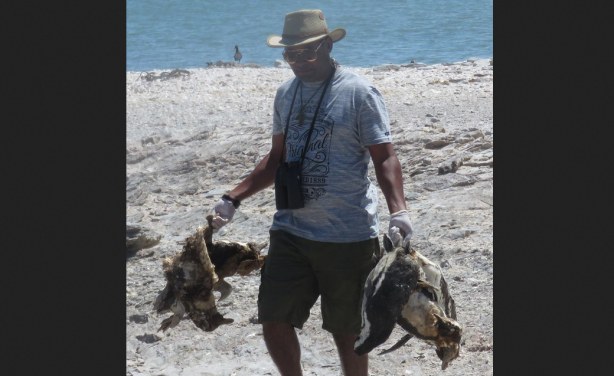 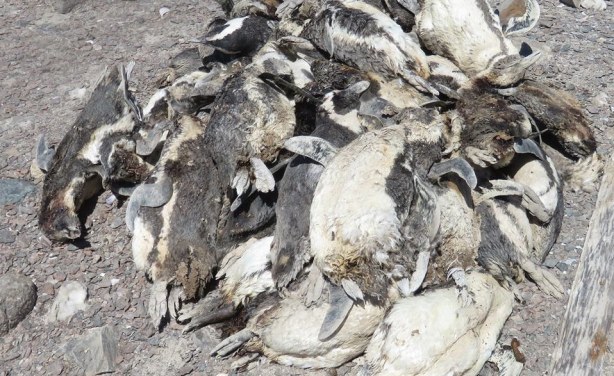 One of the piles of dead penguins on the same day 184 dead birds tallied that day.