The country is paying tribute to people who exemplified and defended the highest values of patriotism and sacrifice for the wellbeing of the country and its citizens. Among the heroes being celebrated is Félicité Niyitegeka, a Catholic nun who offered shelter to fleeing Tutsis during the genocide and who was killed by the Interahamwe militia, alongside those she hid at a parish in Rubavu District. 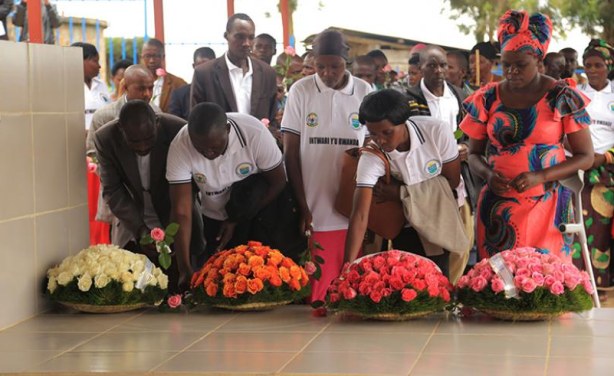 Heroes from ES Nyange lay wreath on the grave of Valens Ndemeye to honour him (file photo).