The incident happened at a stadium in Port Harcourt when the crowd surged towards a gate as President Muhammadu Buhari left the arena. All Progressives Congress officials did not specify the number of people killed or injured, but a spokesperson for a local hospital said 14 people died. 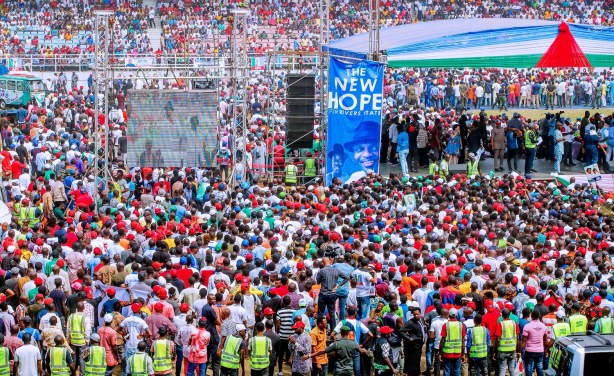 The APC political party at a rally in Port Harcourt.