Sanctions imposed on Zimbabwe are targeted at "84 individuals who engage in corruption, violate human rights and undermine democratic institutions", the U.S. embassy in Harare has said, dismissing continued suggestions by President Emmerson Mnangagwa's government that the sanctions are hurting ordinary Zimbabweans. Critics, however, say the sanctions have unintended consequences, as they are used to deny Zimbabwe access to finance from multilateral and private institutions, and affect the country's development. 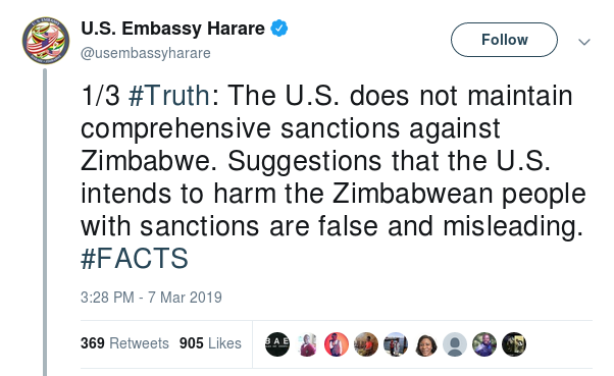