Protesters in Khartoum are staging a continuing sit-in outside army headquarters, demanding the resignation of President Omar al-Bashir. The police have issued a communique ordering all forces "not to "intervene against the citizens or peaceful rallies", the BBC reports. The United Nations High Commissioner for Human Rights Michelle Bachelet says Sudanese authorities have an "over-arching responsibility" to protect protesters, amid reports that 70 people have died in the latest clashes. 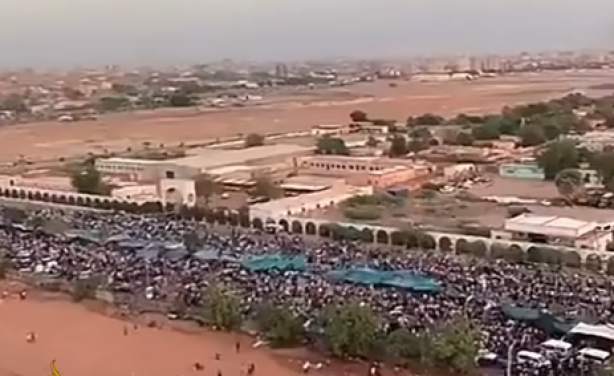 The protest in Khartoum.