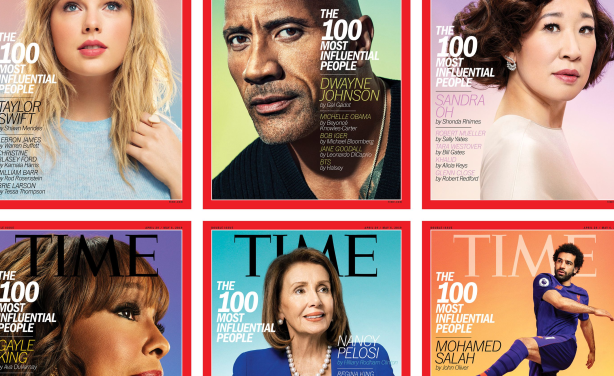 The six covers for Time magazine's list of 2019's most influential people.