The animated series - Mama K's Team 4 - tells a story of four teenage girls living in a futuristic version of Lusaka, Zambia's capital city, who are recruited by a retired secret agent to save the world. The series is written by Zambian writer Malenga Mulendema who was one of the eight winners of the 2015 Triggerfish Story Lab initiative, a talent hunt for African storytellers. 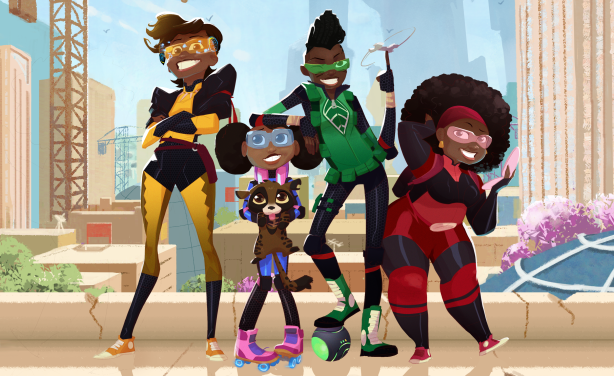