More than 35,000 people, including foreign heads of state, attended President Cyril Ramaphosa's oath-taking ceremony on Saturday at a rugby stadium in Pretoria. Ramaphosa's African National Congress won legislative elections on May 8 , securing 230 seats in the 400-member parliament, but the 57.5% vote the party received was its lowest share of the ballot since the end of apartheid rule 25 years ago. 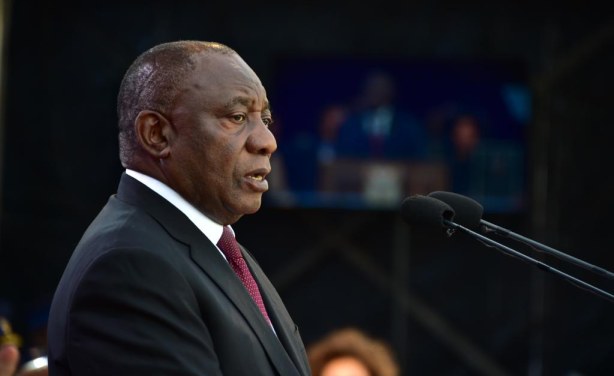 President Cyril Ramaphosa at the inauguration.