A roadside bomb hit a police vehicle patrolling near Kenya's border with Somalia, killing several of the 11 officers inside, a Kenyan police spokesman has said. Separately, another blast in Somalia's capital, Mogadishu, killed eight people. 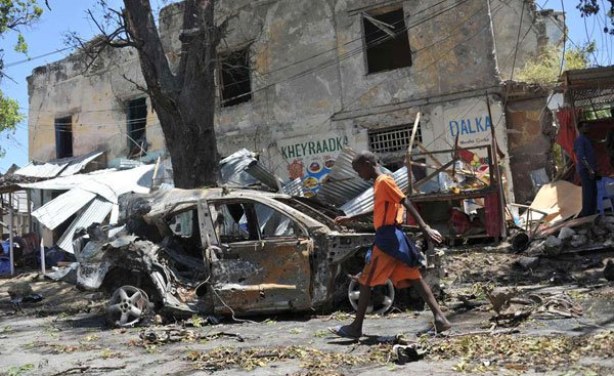