The UK government has warned its citizens of spiraling insecurity and terror attacks by Boko Haram and Islamic State in the north-east, and attacks by armed bandits in the north-west. The travel alert urged travellers to avoid crowded areas. 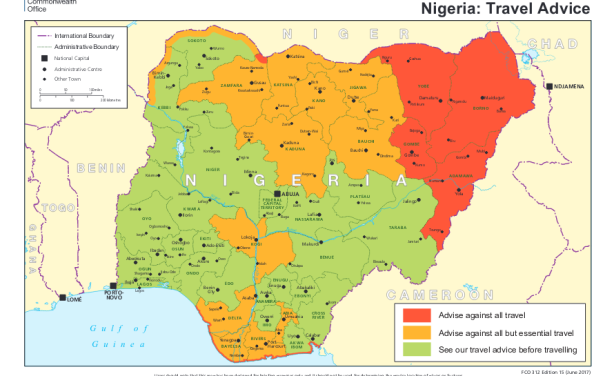