Residents of the community said they were thrown into confusion when they heard the explosion and subsequent fire. The Lagos State Emergency Management Agency has said that the explosion was caused by pipeline vandals who were scooping petrol from pipes in the area. 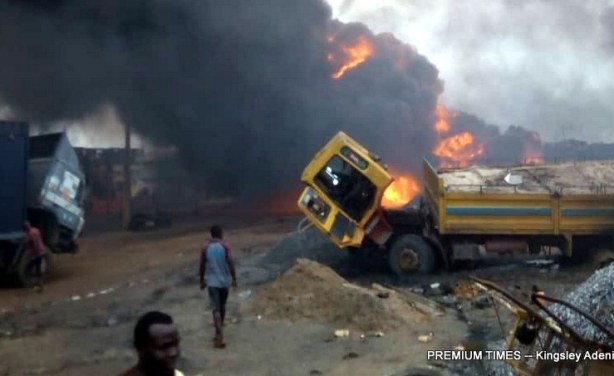