Mediators in Sudan say progress has been made in talks between ruling military leaders and opposition protest groups in their efforts to establish a transition period to democracy. After two days of talks, the two sides agreed to "establish a sovereign council by rotation between the military and civilians for a period of three years or slightly more," African Union mediator Mohamed Hassan Lebatt said. 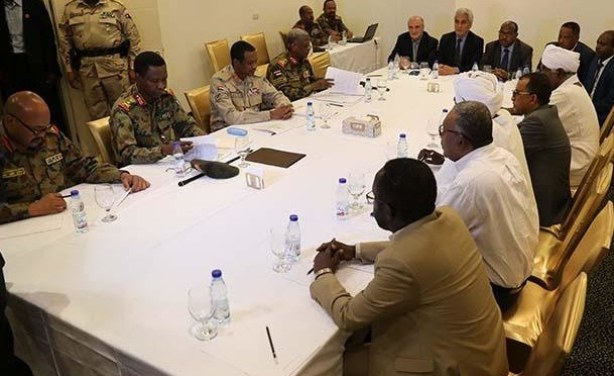 Negotiations between the Transitional Military Council and the Alliance for Freedom and Changein Khartoum on July 4, 2019.