Thousands of women have marched in support of Malawi Electoral Commission Chairperson Jane Ansah whom the protesters say is being targeted with insults because of her gender. Opposition groups however, are claiming that Ansah mismanaged the recent election in which President Peter Mutharika won a second term. The results are being challenged by opposition political parties, in court and through street protests. 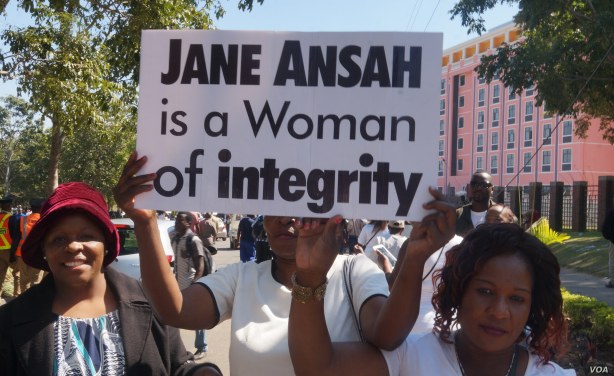 Protesters during a Jane Ansah solidarity march in Blantyre.