Zuma Threatens to Withdraw from Testifying at Corruption Inquiry

Deputy Chief Justice Raymond Zondo has adjourned the commission into state capture until Friday after former South African  president Jacob Zuma's legal team complained that their client had been brought in under false pretences. The team threatened to withdraw him from testifying, with advocate Muzi Khakhane saying that his client was being cross-examined on hearsay testimony. 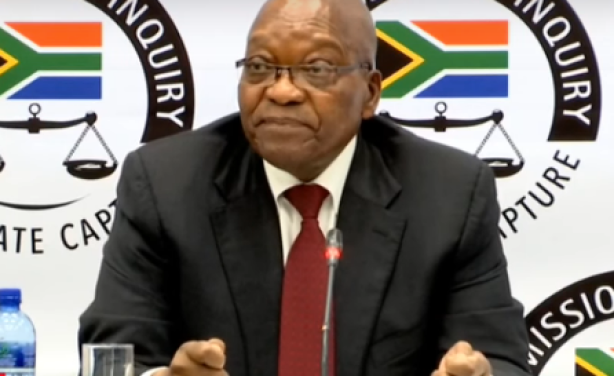