Sudan's army rulers and protest leaders have signed an agreement expected to lead to civilian rule after the overthrow of long-time leader Omar al-Bashir. The deal was signed after months of negotiations between the ruling military council and the Alliance for Freedom and Change, which has led a countrywide protest movement. 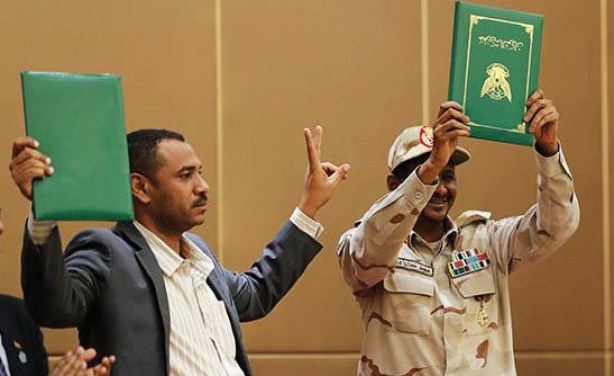