Ebola cases in the Democratic Republic of Congo's densely populated eastern city of Goma rose from one to five this week, raising fears of a wider outbreak of the deadly virus that has already cost more than 1,800 lives, writes Philip Kleinfeld in the New Humanitarian. Key to containing the spread will be tracing and vaccinating everyone known to have come into contact with the five people infected, and then the contacts of those contacts - a list of 538 people. 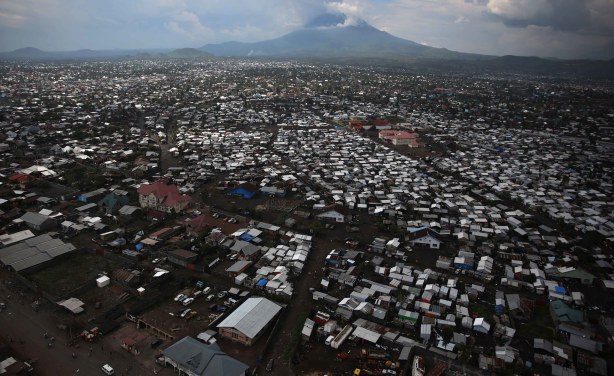 The city to Goma with the Nyiragongo volcano in the background.