Charles Sirleaf and his five co-accused were initially charged with economic sabotage, misuse of public funds and criminal conspiracy. However, following a report looking into the alleged disappearance of more than U.S.$100 million worth of newly-printed Liberian banknotes, they are now being charged with money laundering. 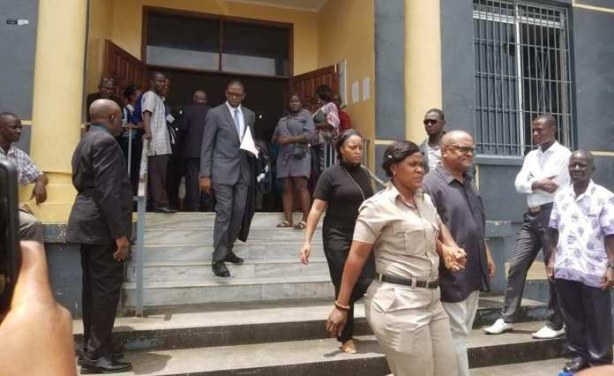 Milton Weeks being escorted to jail for the second time.