The 45th Summit of the Group of Seven countries in Biarritz, France, has ended. It was attended by the leaders of the core G7 countries (Canada, France, Germany, Italy, Japan, UK and the US) and by the European Council President. African leaders present were from Burkina Faso, Egypt, Rwanda, Senegal and South Africa. 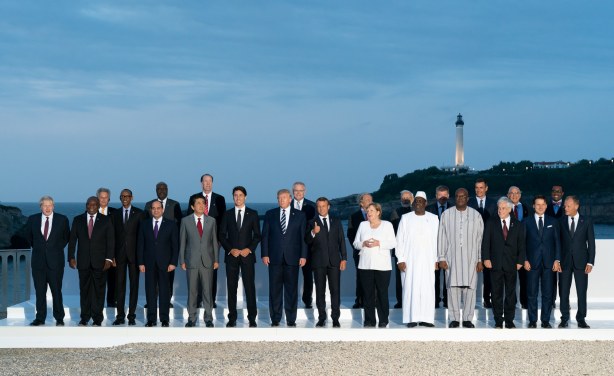 The G7 Leadership and Extended G7 members as they pose for the “family photo” at the G7 Extended Partners Program on August 25, 2019, at the Hotel du Palais Biarritz, site of the G7 Summit in Biarritz, France.