The Congolese army says that its forces killed Sylvestre Mudacumura, commander of the Democratic Forces for the Liberation of Rwanda and "his closest lieutenants". Mudacumura has been wanted by the International Criminal Court since 2012 for the war crimes committed in eastern DR Congo between 2009 and 2010. 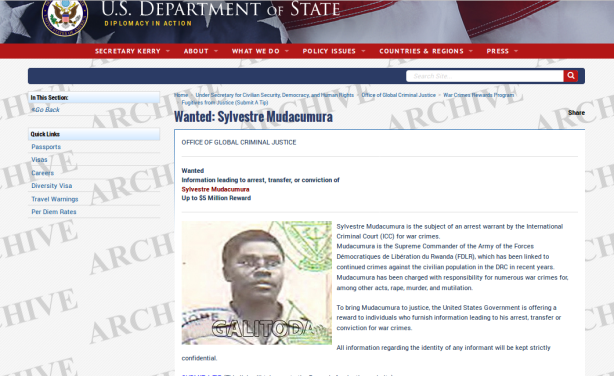 The U.S. Department of State's wanted notice for Sylvestre Mudacumura.