The 74th session of United Nations General Assembly is underway, and Africa leaders have brought all their concerns and challenges to the table, including a strong focus on the climate crisis, universal health coverage and gender-based violence. 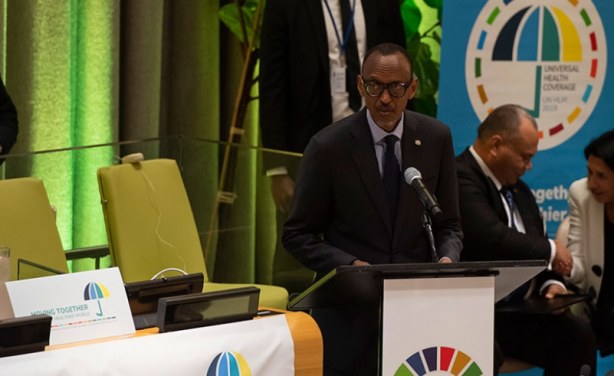 President Kagame speaks at a High-Level Meeting on Universal Health Coverage which was organised on the margins of the 74th United Nations General Assembly underway in New York yesterday.