The parents of the baby zebra are on their annual migration of more than one million wildebeest between the Serengeti and Maasai Mara Game Reserve - a spectacle that draws tourists from around the world. Its discovery caused stampede in the reserve with tour drivers and photographers, hurriedly taking tourists to the lookout area in the game reserve near the Mara River for the rare find. 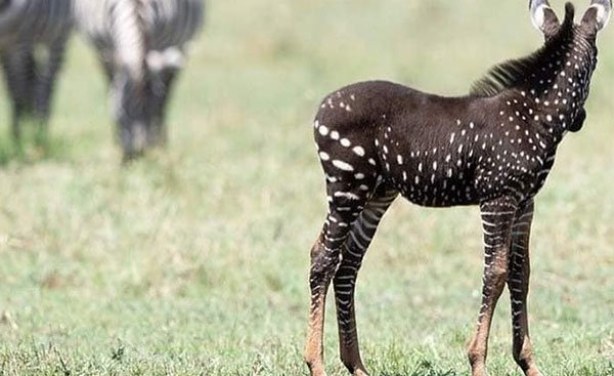 The dotted zebra foul which has been spotted in the Maasai Mara Game Reserve causing excitement among tourists.