Uganda Airlines has added two more aircraft to its fleet which will enable it to expand its routes in southern and central Africa. "With the arrival of the new aircraft the carrier will cover several other destinations including Kinshasa, Asmara, Hergeisa, Lusaka, Harare, Johannesburg, Djibouti and Addis Ababa," says Cornwell Muleya, Uganda Airlines technical advisor. 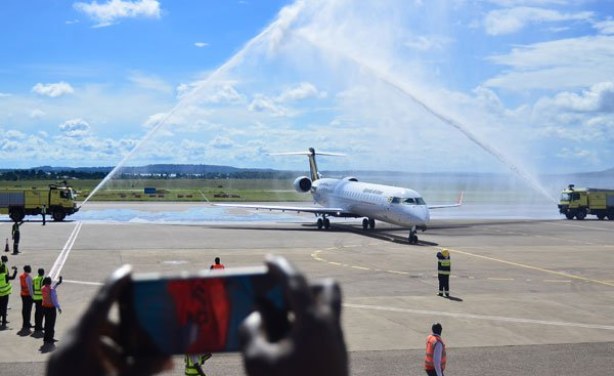 One of the new planes is saluted with water jets on landing at Entebbe airport.