First Documented Black Woman to Visit All Countries is Ugandan

Jessica Nabongo, a Ugandan-American, is officially the first black woman to have visited every single country in the world. Nabongo was born to Ugandan immigrants and raised in Detroit, Michigan in the U.S.  Nabongo who used both her passports to travel the world, arrived in Seychelles on Sunday October 6, which was country number 195, the last on her journey. 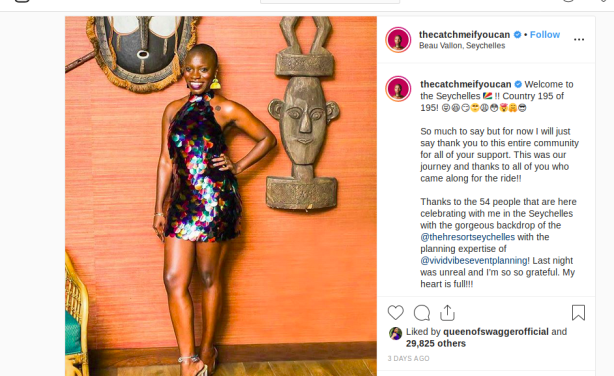 Jessica Nabongo has become the first documented black woman to travel to every country.