Russian President Vladimir Putin will launch a big catch-up bid for influence, commercial opportunities and co-operation in Africa at the first Russia-Africa summit which takes place in Sochi on the Black Sea from Thursday October 24, 2019. The Kremlin announced on Monday that 43 of the continent's 55 heads of state or government were expected to attend the summit, writes Peter Fabricius in the Daily Maverick. 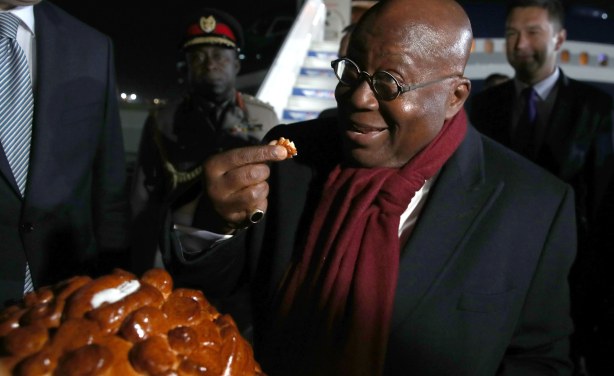 Ghana's President Nana Addo Dankwa Akufo-Addo is given a traditional welcome at Sochi International Airport as he arrives to take part in the 2019 Russia-Africa Summit on October 22, 2019.