Two decades ago, several Nigerian states introduced Islamic legal systems. Some see the move as having brought benefits, but others are disappointed and critical about the results. In the states of Zamfara, Katsina and Kaduna, locals are in great danger of falling victim to bandits. And nowhere else in Nigeria do children spend less time in school than here. Moreover, the introduction of Sharia law neither prevented radical Islamic groups like Boko Haram gaining influence, nor helped reduce the region's rampant corruption, writes Katrin Gansler for Deutsche Welle. 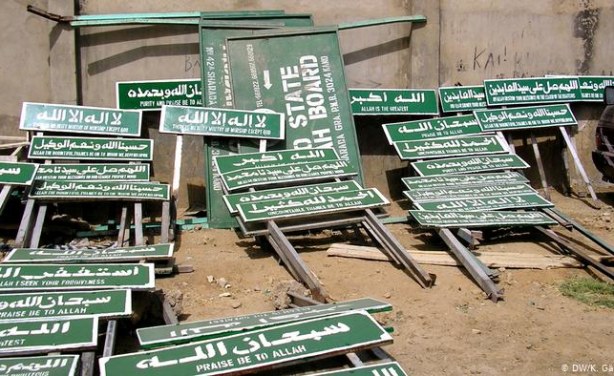 Signs in northern Nigeria exhorting people to live their lives according to Islamic Sharia principles.