Convicted racist has handed herself over at a Johannesburg police station, eNCA reports. It had been reported that she was on the run after failing to hand herself in when an appeal against her crimen injuria conviction failed. A court has now dismissed her argument that the warrant of arrest was premature. 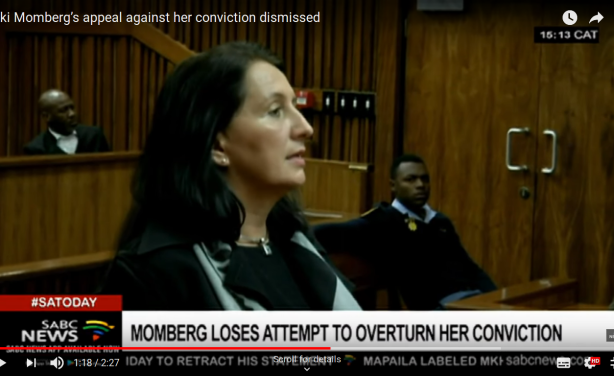