In the suit filed at the International Court of Justice in The Hague, Gambia has requested that the court condemn Myanmar for violating the Genocide Convention with its campaign of ethnic cleansing. International laws have failed to confront the impunity of Myanmar's government and security forces for their deadly purge of the country's Rohingya Muslim minority, forcing hundreds of thousands to flee a campaign of rape, arson and killing, according to Human Rights Watch. Judges of the International Criminal Court (ICC) have authorised an investigation into alleged crimes against humanity, namely deportation, which forced between 600,000 and one million Rohingya refugees out of Myanmar, into neighbouring Bangladesh since 2016. 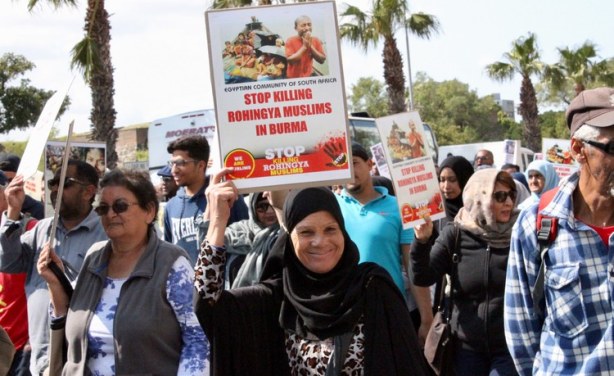 Protest against the killing of Rohingya Muslims in Myanmar (file photo).