Hundreds of children from schools in Yaounde, glued to their TV screens, applauded as Divina Maloum was given the International Children's Peace Prize for 2019 in the Hague. The other winner of the prize was 16-year-old Greta Thunberg, the climate activist from Sweden. Maloum was rewarded for her efforts in promoting children's rights by visiting schools to warn students against joining armed groups, such as Boko Haram. 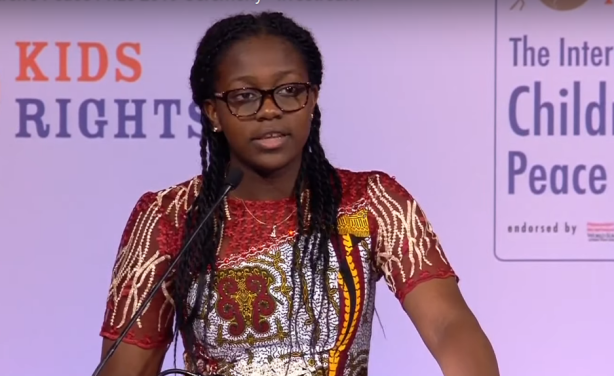 Cameroon teenager Divina Maloum speaks at the ceremony in which she was awarded the 2019 International Children’s Peace Prize.