Somali security forces have shot dead five attackers who officials say were behind a raid on an upscale hotel near the presidential palace. At least five people were killed in the attack and scores rescued, officials said. The standoff lasted seven hours as security forces engaged the militants inside the two-storey hotel. 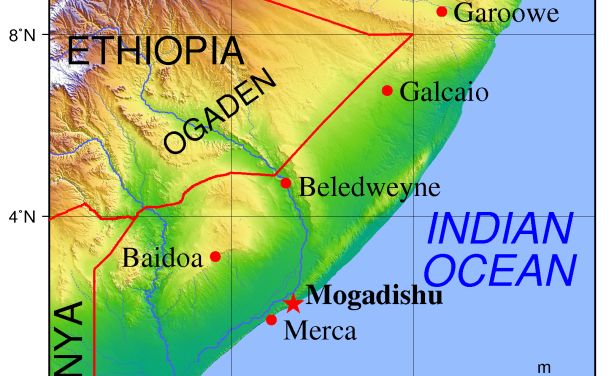 A map of Somalia.