Former Senate President Bukola Saraki has vowed to contest the take over of his late father's property by the Kwara State administration. In a December 28 statement, Saraki called the action "a manifestation of vengeance" by Governor Abdulrahman Abdulrazaq. Saraki, a medical doctor and two-term governor of Kwara, where his father was a dominant political figure, lost his bid for relection to the Senate in 2019. Both as governor and Senate president, he introduced anti-corruption and transparency measures, including waiving immunity from investigation of his Kwara administration and winning passage of a series of anti-graft measures when he led the Senate. He has been repeatedly investigated and exonerated for alleged political and financial improprieties. 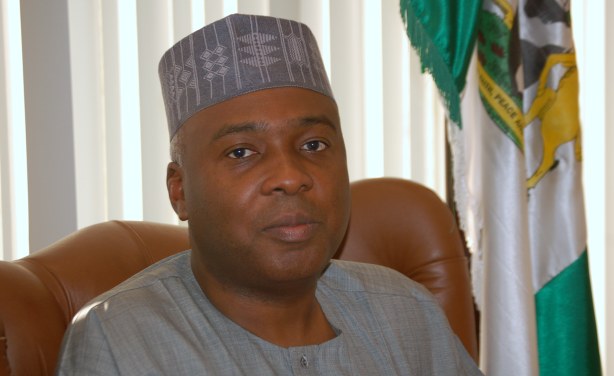 Then-Kwara Governor, Dr. Bukola Saraki, in his Ilorin office in 2009.