Scores of people have been wounded and dozens arrested after a police crackdown on protesters. Protests were sparked by President Adama Barrow's announcement that he would remain in office for five years, after his iniitial pledge to only remain for three. 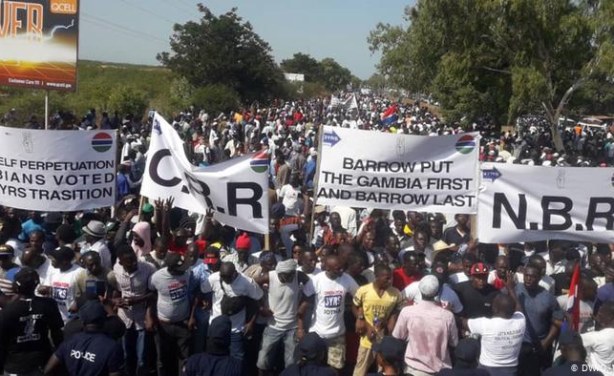