Ugandan actress Nikita Pearl Waligwa, who acted in the Queen of Katwe alongside Lupita Nyong'o and David Oyelowo has died from a brain tumour. "It is with great sadness that I post about the passing of Nikita Waligwa, the sweet, warm, talented girl whom I worked with on the film, Queen Of Katwe. She played Gloria with such vibrancy," Lupita said on Instagram. 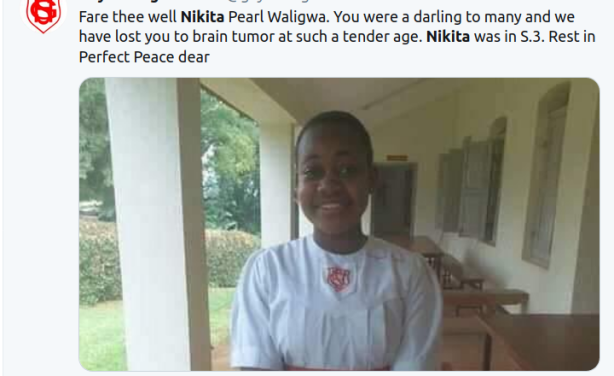