Sixty-four people were found dead in a freight container attached to a truck in central Mozambique. A further 14 people were discovered alive. An immigration spokesperson told reporters that all 78 aboard the container were Ethiopian men and were believed to have been headed for South Africa. 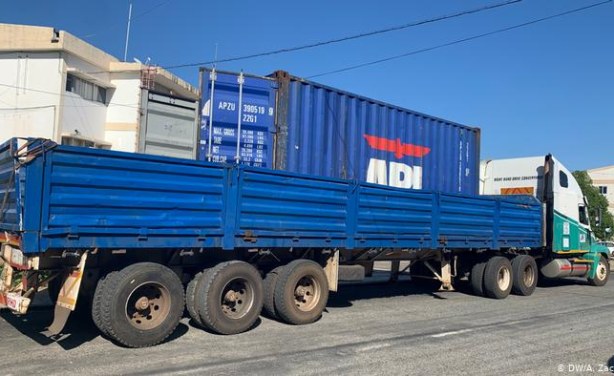 The truck and container in which dozens of bodies were found in Mozambique.