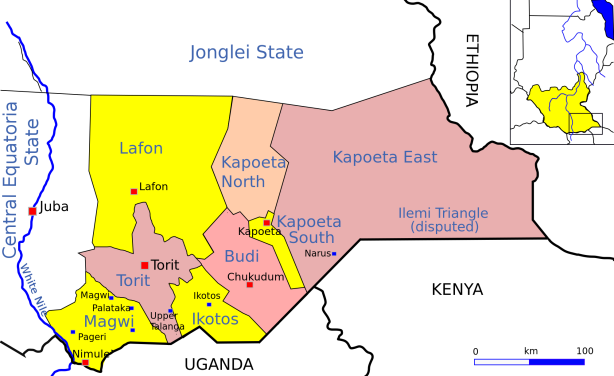 A map of the Eastern Equatoria region in South Sudan.