President Muhammadu Buhari of the All Progressives Congress, was sworn in on May 29, 2015 in a ceremony attended by at least 23 Heads of State, a journey that began with a phone call from then president Goodluck Jonathan of the Peoples Democratic Party congratulating him on his election victory. He came in for heavy criticism though, as he kept Nigerians waiting with bated breath for over 6 months before he formed his cabinet, leaving the country in limbo.

On May 29, 2019, President Buhari was sworn in for a second term. Among some of the many challenges facing his administration is corruption within government departments, judiciary, states and businesses. He also promised tough action against militant group Boko Haram for their attacks on civilians which has seen thousands killed and property destroyed. Notable among his efforts was securing the release of most of the 200 Chibok schoolgirls abducted by the militants' during former president Goodluck Jonathan's tenure, which saw the rise of the #BringBackOurGirls campaign. Recently in his tenure, Nigerians again saw Boko Haram abduct 109 Dapchi schoolgirls whom they later released, except for Leah Sharibu who reportedly refused to renounce her Christian faith. Buhari is still determined to secure her release.

Buhari has been dogged by ill health early in his presidency and sought treatment in London for lengthy periods.

The economy has grown, becoming the biggest in Africa, after South Africa but it is still going through many challenges, particularly as Buhari's bid to diversify the economy hasn't quite taken off. Now with COVID-19 and the subsequent drop in oil prices, Nigeria sees itself in the throes of a recession. Buhari has also taken several external loans to build infrastructure, including railways, bridges and roads. President Buhari has said he will not stand again in the 2023 elections.   . 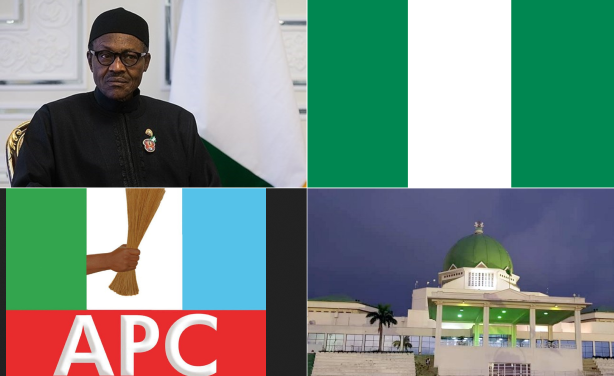