The film 4th Republic was written by Emil B. Garuba and Zainab Omaki. It follows the story of a governorship aspirant, Mabel King (Kate Henshaw), in the aftermath of a violent and fraudulent election that results in the death of her campaign manager Sikiru (Jide Attah). The release of the film is slated a day after June 12 - Nigeria's Democracy Day, one of the most significant days in the country's post-independence political history. 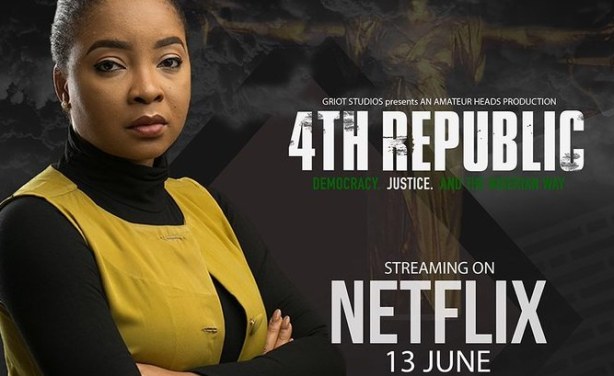 A publicity image for 4th Republic.