In the past few years, there have been rising concerns over the spike of rape and sexual violence on women at internally-displaced persons' camps. Teenage and underage girls are abused daily but hardly do the survivors or their families speak out. The society they live in would instead pressure survivors not to press for charges, or the parents would rather keep quiet to 'protect the dignity' of the girl-child growing up. Many would instead look unto God for justice because they could not afford the process of litigation. As such, most of such cases die at the police station, writes Abdulkareem Haruna for the Premium Times.
More than two million people - vulnerable to Covid-19 - are displaced in Nigeria because of the Boko Haram insurgency, while there are reports that the country's programme to rehabilitate former member of Boko Haram shuns women. 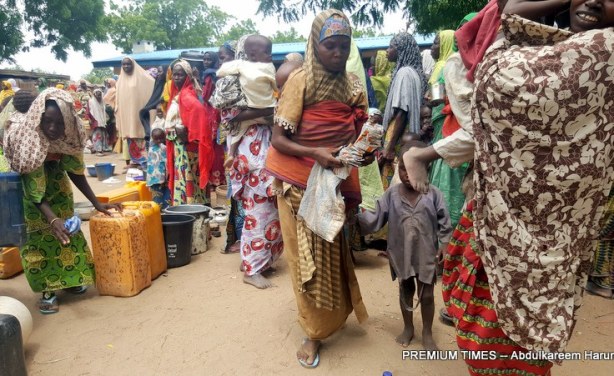