Scores of residents of Makoko have protested the proposed development of the community by the Lagos State government. The protesters, holding different placards, expressed their disapproval of the plan with messages such as: "Do not evict us," "Makoko is our land," and many others. Makoko is the world's largest floating informal settlement, located across Third Mainland bridge, Lagos' most-travelled bridge. The Lagos government had demolished parts of Makoko in 2012, forcefully evicting several households and displacing about 4,037 people. 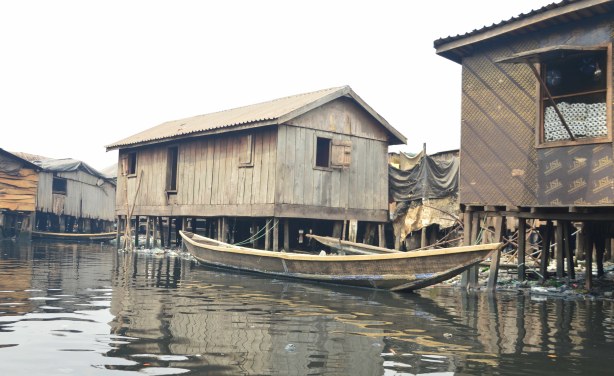 A stick house in Makoko, Lagos.