The government has come up with more stringent measures in the fight against female genital mutilation. The Ministry of Public Service and Gender has also developed focused interventions to address FGM in key sectors such as health, education, security and access to justice. Kenya's school curriculum does contain some sex education. But while UNESCO recommends teaching the subject from when children are five years old, Kenyan schools reportedly only begin teaching it when students are already teenagers. The reasons that governments object to sex ed, is that, they say, it normalises teenage sex and it is not meant for children's ears, among many other myths yet research shows that children who are taught comprehensive sexuality education tend to have less sex, fewer sexual partners and reduced sexual risk-taking. 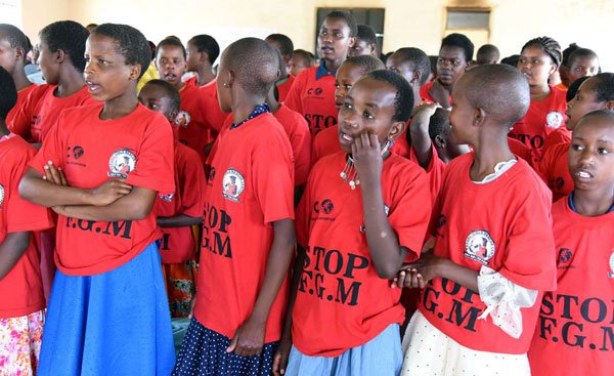 Pupils who underwent an alternative rite of passage (file photo).