The controversial French film Mignonnes, known as Cuties in English, has caused quite a stir online. Many have criticized it for "sexualizing" young girls. The movie tells the story of Amy, an 11-year-old girl, who is on a journey to find herself while navigating both her observant Senegalese Muslim family and the rebellious group of girls she befriends. The film shows the young girls scantily clad, twerking, suggestively sucking their fingers, and a girl baring her breasts. But film director Maimouna Doucoure explains that she is telling this story through Amy's eyes, challenging the audience by showing how hyper-sexualization of children is normalized. 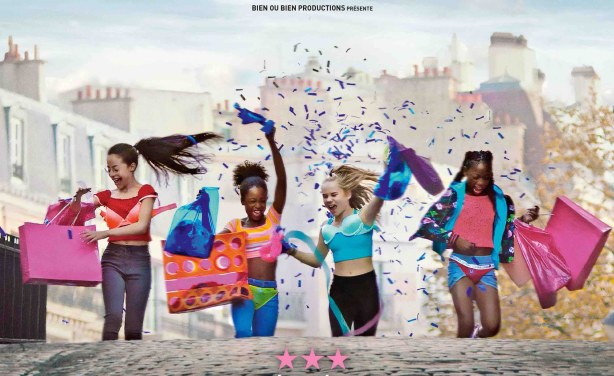 A promotional poster for the film.