In Amuru district in northwestern Uganda, the Omer Farming Company has proven that it is possible to farm on thousands of acres of land using methods that conserve the environment and its biodiversity. On 5,000 acres, the company is growing upland rice with a yield of up to 3.5 metric tons per acre, using the conservation-agriculture method. Dominic Kimara, the company's farm manager has said that no ploughing takes place and no fertilisers are used. Instead, a leguminous crop known as sunn hemp is grown, and when it is 50% flowering, it is rolled on the soil to decompose and form green manure. According to the Food and Agriculture Organisation of the UN, this type of farming technique has several advantages for the environment because it reduces the use of farm machinery which often emits carbon. The 2030 agenda refers to sustainable development goals adopted by all UN member states in 2015, these goals are a universal call to action to end poverty, protect the planet and improve the lives and prospects of all citizens. 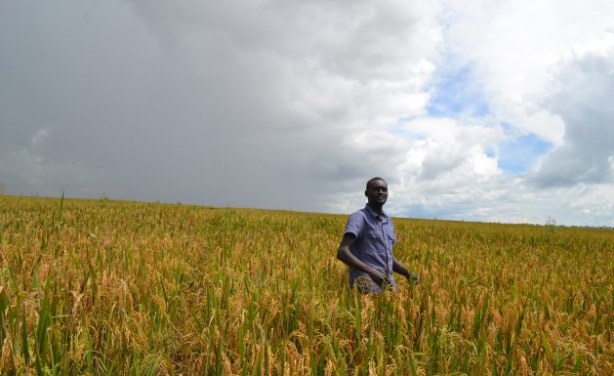