Twelve years later, four farmers - two have since died - are demanding that oil giant Shell compensate them for catastrophic oil spills that ruined three fishing villages on the banks of the Niger Delta, causing disease and preventing them from fishing. They also want the spills to be cleaned up. In a case that has lasted more than a decade, Shell, an Anglo-Dutch company, tried to prevent the case from being heard in the Netherlands, but in 2015, judges ruled that the case should go ahead. Shell has repeatedly said that the spills were from oil bunkering, or sabotage, and maintains it has cleaned up areas where pollution did happen. 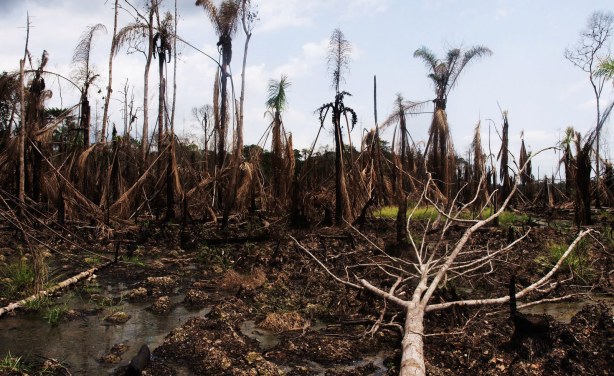 Oil pollution in the Niger Delta.