Five days after wild fires broke out on Mount Kilimanjaro, Africa's tallest mountain is still burning despite efforts to contain the flames, the Tanzania National Parks Authority said in a late evening Twitter message. On Wednesday, there were signs that firefighters were making progress but this was thwarted when strong winds reignited the fires. Local newspaper The Citizen reports that apart from the loss of vegetation and ecological destruction, 12 huts, two toilets, and solar equipment have been destroyed. The fire, which started on Sunday afternoon in Whona, a tourist stopover for those using the Mandara and Horombo routes, had reportedly been controlled but suddenly re-emerged in Horombo Station, where it occurred in canyons. 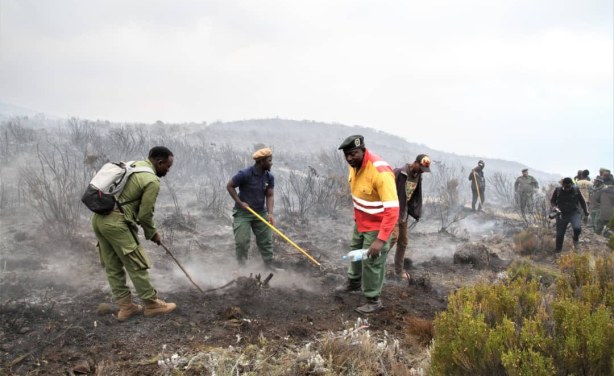 Tanzania National Parks has deployed about 400 people to fight the fire on Mount Kilimanjaro.