DR Congo President Felix Tshisekedi hosted a long-awaited meeting for regional heads of state on October 8, 2020, to address peace and security concerns as well as economic cooperation. Present at the virtual meeting were Rwanda President Paul Kagame, Uganda President Yoweri Museveni, Burundi President Evariste Ndayishimiye and Angola President Joao Lourenço. The DR Congo government says the leaders addressed the challenges of armed groups roaming the common borders of DRC, Rwanda, and Burundi, the revival of economic activities in the wake of the Covid-19 pandemic, and diplomatic and political relations. 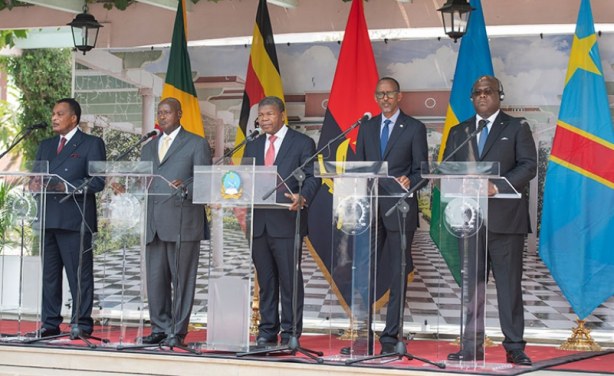